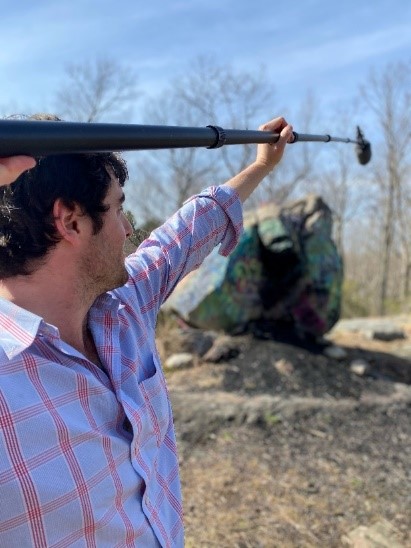 Chris Carbone, 21, is an aspiring filmmaker and screenwriter from Fairfield, Connecticut whose path to becoming a filmmaker is almost exclusively behind closed doors. His phone does not buzz with dozens of notifications throughout his day. “I could care less about attracting attention through social media,” said Carbone. “I want my material to be seen and for people to take away something.”

During the past three years, he spent countless hours improving this craft. He said, “I always look at where I am in the present, and I look where I was a year before, then I look at how far I’ve come. Then I think about where I can be in a year from now. That’s what keeps me going.”

Carbone has his script-writing routine down to a tee. He starts his day at 6 a.m. with his morning workout. Then he drives to the local library, sits down, and gets to work. His drafts are created using a typewriter. When asked about this choice he replied, “It’s not a vanity thing, it really helps writing first drafts because you can’t go back and erase things as you would do on a laptop. The first draft is the vomit draft. You vomit all these despairing ideas.”

Once his first draft is finished, he ghosts it. He lets his drafts marinate for two weeks before doing a readthrough and making edits.  Carbone’s reasoning is, “You need some time away from it. There is no perspective when a draft is created for the time. It makes a shift in those two perceptions and it is mentally jarring.”

Carbone is very critical of his own work. If the final draft does not satisfy him, he will re-write scripts doing 10 to 20 drafts. “I will be okay with it for a while,” said Carbone. “Then, I’ll say it’s not a final draft. I’ll go back and I’ll work on it some more. Whether that helps or harms it, I don’t know however I believe every creative effort I make is an improvement. I look at drafts I’ve written a year ago. They seem hollow and flat, not something I would want to see on a screen. I have returned to those scripts and re-worked them. I can’t throw an entire script in drawer and not look at them. I am very selective with the kinds of the stories I want to tell and spend many hours creating.”

When the creative process ends, Carbone goes on a film agent hunt reaching out to them over email and the waiting game to hear feedback begins. “I generally feel excited,” said Carbone. “It’s very difficult to get a response. When interest is generated, hope rises inside of me. I know it is a cutthroat business, so I don’t let that hope soar too high.” 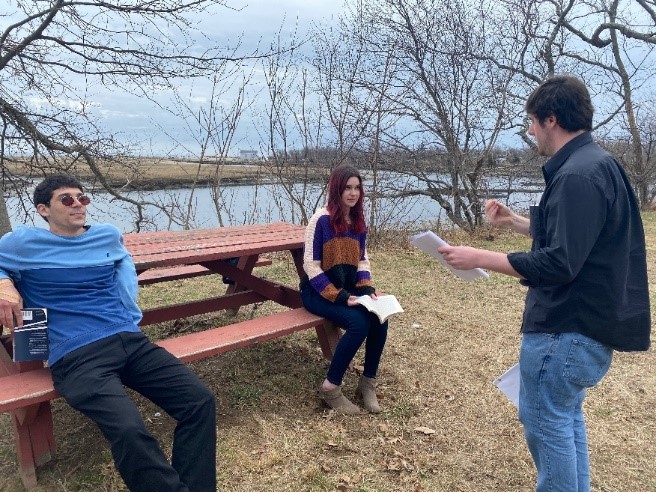 Carbone has produced three short films. He works with micro-budget using the resources he has available to him. For instance, local locations, friends for actors, and his iPhone to shoot scenes and every film he makes comes with a learning curve.

“When I look at the first two, I cringe at it,” said Carbone. “The redeeming qualities are the storylines. I feel better about my third film because I learned more about editing, sound, and music. I did the score myself, however I did not write it. I put it together later through GarageBand, a digital audio workstation, I’m not a musician.”

Carbone’s films are inspired by his personal environment. His knowledge of the film industry did not come from classes taught by professors. He learned by watching films, reading books and screenplays. His perspective became more diverse by watching films from different cultures.

“I look in all places for stories,” said Carbone. “It helps develop characters in aspects of where they come from for my stories.”

Although Carbone is in the beginning stages of creating art, promotion through social media is not an obstacle he faces. “I don’t know yet that I feel like I’ve made something good enough of promoting,” said Carbone. “When I do, I plan on submitting films to festivals and see what kind attention it would attract. I would consider making a social media page strictly for my films.”

You can check out Carbone’s short films found here.