When The Vision Room headquarters confirmed that I’ll be covering The Crate’s “6th BORO” event, I was excited! I didn’t know what to expect. I arrived at the rear entrance of the store and was greeted by my contact Mitch, and an extremely long line. The line was filled with a variety of supporters, from skater kids to fashionistas, the neighborhood cool guys and even the mailman mad an appearance. Folks from all over came out to celebrate The Crate’s first capsule collection “6th BORO” and Stacktober, in remembrance of the late great HipHop legend, Stack Bundles. 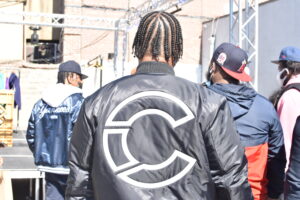 My 1st question was, “What is “The Crate”?” The Riot Squad founder, Cau2Gs answered, “The crate is used as a stepping stone in the ‘Hood. When you’re in front of that corner store and you’re on that “crate”, you’re hustling on that “crate”, you put in work on that “crate”. It’s a foundation.” The Crate takes a stand in the community to give back. They collaborate with non-profit organizations like Rock Safe Streets whose objective is to end violence in the ‘Hood, create jobs and completely eradicate the school to prison pipeline. Designer and cofounder of The Crate, Terrill Kirk added, “When it comes to the clothes, we keep the organic part of it alive. It’s more than fashion. It’s about the feeling!” 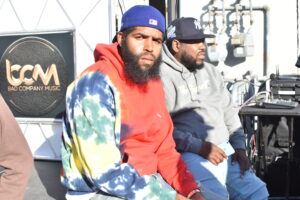 My next thought was, how did a black owned business obtain such a stronghold on an inner city environment? The answer is simple; they are more than just a “black owned business!” The Crate is completely rooted into the community. They have maintained good relationships with politicians, NYPD and local officials.  Their ear is to the street as far as fashion but more importantly they know what the people in the community actually need. They promote events like 6th BORO, where Chef AJ cooks up hotdogs, hamburgers 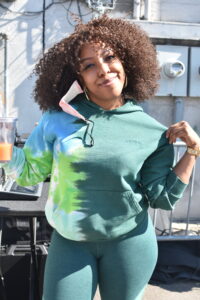 and jerk chicken kabobs or they are shining light on Far Rock with their championship basketball team, The Crate. Dreamville creative director Felton Brown explains it like this, “a lot of The Crate’s promotion and branding for their product was done with the locals from the neighborhood which is phenomenal because other companies hire professional models and props. The Crate used the community as the backdrop for photography with people from the community. They’re truly in touch with the community.”

And then there’s Stacktober, the event to celebrate the gone but not forgotten 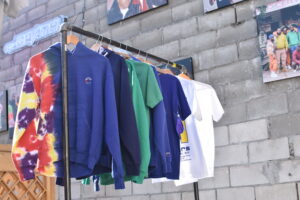 Hip Hop legend Rayquon “Stack Bundles” Elliot, with whom The Crate had an inseparable relationship. If you don’t know, Stack Bundles had the heart of the people in Far Rockaway similar to the way 2pac is loved in California. Artist Fligga Season said, “Stack was ahead of his time. We love him like he’s still here. He gave us hope.” Ironically the address of the store, 1021 Beach 20th Street is the same number as Stack’s birthday, October 21st(1021). 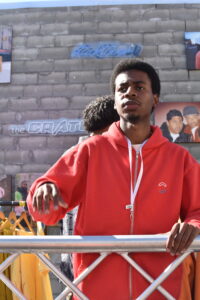 I finally caught up to co-owner Tyrell Oliver, and after hours chasing, I had one question, What does today mean for you? He answered it perfectly… “This means everything. Seeing the community outside interacting with each other and enjoying the event, means everything. We are the community. We’re tied into everything going on out here. The main objective was to be a part of everything in the ‘Hood, couldn’t do it any other way. We’re gonna support the community and vice versa. I knew Stack was star since the 7th grade, and as long as I’m alive, I’m gonna mention his name.” – Jimmysodope